I have participated in and helped organize many lobby days, and they have always been severely demanding. The logistics are complicated: renting the bus, preparing the materials, coordinating schedules, etc., and of course, convincing the community leaders you serve that getting on a bus before dawn, driving to Austin, and not coming home until after the sun goes down is totally worth it. But, actually, the hardest part for me as a community organizer is preparing my folks to know and embody the full breadth of their power as they speak to the elected officials who are deciding the realities for them and their neighbors.

In my past experience, I believed I had to provide a ton of political analysis before my leaders were willing to believe in themselves and their power. This meant a lot of teaching––teaching the nuances of each piece of legislation so our leaders could speak eloquently to the details of each bill; teaching the talking points; teaching about the various committees and hearings; teaching why we need to meet with which representative. For example, I would try to paint a picture illustrating how our presence at the Capitol fits with vote margins in past elections, campaign finance breakdowns, the personalities of elected officials, the legislative process, and on and on and on. And while that is all relevant and useful information, I found it was not paramount for the faith leaders we led to Austin on March 7th. What came to be most impactful was teaching our leaders why they should believe that their voice will make a difference. This is the most significant difference between my past lobby days and a lobby day with Faith in Texas.

When I boarded the bus and looked at our team of leaders, I saw 50 faces of people who were there not because of any mathematical calculation or strategic power map, but because of their deep faith convictions. Through their faiths, the group already knew they had power whether it be through their God, Gods, or another complex mosaic of faith principles. Seeing that confidence radiate from our leaders at 6:30 AM in the City Temple SDA Church parking lot gave me reverential pause. The calculations and logic sets usually occupying my mind were silenced. I was reminded of a faith reflection offered by my colleague, Darnell Fennell, from his faith tradition. He said:

As the bus headed south on I-35, and my colleagues and I started training our leaders for what was coming, I felt a stillness in my soul knowing that we had succeeded the second we stepped on the bus because we were a group who decided to put the power of faith into action. 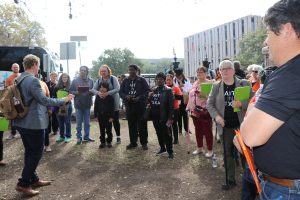 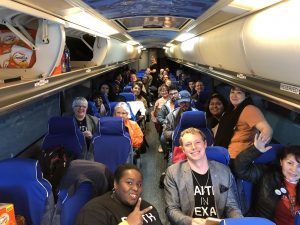 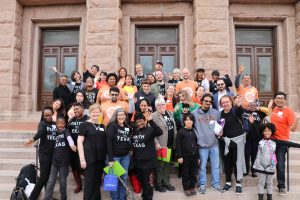 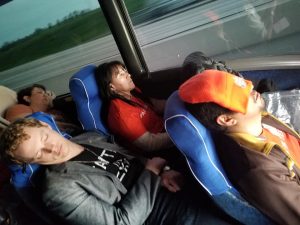